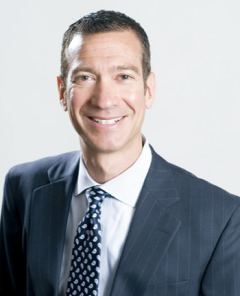 (215) 938-6378
Send a message to Michael
Mike joined the firm in July 2020 after working for over 15 years with a small Center City Philadelphia law firm concentrating in constitutional and employment litigation in state and federal courts. Before that, he worked for over five years in the commercial litigation group at Archer & Greiner, in Haddonfield, New Jersey.

Mike represents school districts, school employees, and other entities relating to special education, employment, civil rights, contracts, and a variety of other issues. He handles administrative litigation in state agencies and state and federal litigation.

Mike obtained his B.A. at Drew University in 1989 and his J.D. from Seton Hall University School of Law in 1992.

Mike has volunteered as a member of the boards of directors for the Mazzoni Center in Philadelphia and the Washington Square West Civic Association.

(215) 938-6378
Important: The information on this website is for informational purposes only. Nothing on this website constitutes legal advice. If you have any questions about your particular legal rights or obligations, you should consult with an attorney. An attorney-client relationship is not created by you sending us any information or contacting us in some other way. If you contact us, however, we are happy to talk with you and then decide if we can help. Please be careful about sending personal information over the internet, because the security of information on the internet cannot be guaranteed.

Due to the coronavirus pandemic restrictions, the firm’s attorneys and staff will be working remotely for an indefinite period. You can reach anyone in the firm by email or by cell phone. The cell phone numbers are:

The email addresses of all follow the following protocol: initial of first name followed by complete last name @levinlegalgroup.com. Ex.

We want to stress that we are available for our clients and will do what is necessary to protect our clients’ interests.

We wish everyone well in these unprecedented times. Thank you.